A member of a musical family, Laura Shepherd has been singing for as long as she can remember.  She started singing in her school choir as soon as she learned to read, and has only spent one year since then not singing in an ensemble.  She currently sings Soprano with the Seattle Symphony Chorale and is a former member of Seattle’s BlueStreet Jazz Voices and the Bellevue Sweet Adelines Chorus a cappella Joy.  Laura sang throughout her undergraduate career with the Oberlin College Choir and Musical Union, all through high school in various choruses, and for two years was a member of her school’s select Swing Choir.  Her earliest music mentor was Paul Lindblad, with whom she sang and studied music from Kindergarten through sixth grade.  Laura learned how to sing primarily with Benita Wandel, Richard Anderson, and Patricia Miller.

Laura’s parents both have performing backgrounds, so it makes sense that she took to the stage.  School plays and musicals were Laura’s passion all the way through 12th grade.  At the recommendation of a high school choir teacher, Laura started taking voice lessons, studying classical and musical theater repertoire.  Her theater and music teachers also guided her into leadership roles, and Laura’s first professional teaching gig was as the Musical Director for a summer performing arts program at her high school.  That experience was life-changing, and as a result, Laura applied to and enrolled in the Music Education program at Oberlin Conservatory.  Laura completed the Double Degree program, receiving undergraduate degrees in Music Education and Theatre from Oberlin College and Conservatory of Music in Oberlin, Ohio.

Laura began teaching group singing classes at Studio East, Training for the Performing Arts in 2001, and established her private teaching studio in 2005.  She became a member of the National Association of Teachers of Singing (NATS), Puget Sound Chapter in 2009, and served on the Puget Sound NATS Board 2016-2020.  In 2021 she joined the Tahoma NATS Chapter.  She has engaged in many workshops and conferences through NATS and other organizations to increase her knowledge and skills as a singing teacher, including the Bel Canto Can Belto Voice Pedagogy intensive through Penn State University.

In addition to teaching music, Laura taught and directed theater with young people from 2001-2017.  Play creation classes are her favorite, and she proudly directed "The Bully Plays," "Monkey Magic" and "Godspell" among other projects at Studio East.  Youth Theatre Northwest was an early home for Laura, where she Stage Managed and Music Directed in addition to teaching.  Laura also performed with the children’s theater company StoryBook Theater for four seasons before joining the staff at Studio East.  She served as the Education Director at Studio East for over seven years, during which time she completed her MA in Educational Theatre through New York University and the Washington State Teaching Artist Training Lab.

In 2015 Laura decided to pursue teaching full time.  In addition to teaching singers four days each week, Laura taught social skills through the arts with the Broadway Center LENS Project, summer camp with Dandylyon Drama, and a few summer 'literacy through drama' programs with Book-It Repertory Theatre. Laura also founded Creative Resilience with Grace Bryant and Jesica Avellone, a non-profit org creating social-emotional learning programs for schools and families.  Now Laura is balancing teaching with parenting, which is quite an adventure!

A piece shared with Laura's 2020 Virtual Recital performance with her brother, Andrew Shepherd: Stay from "Amelie."

After finishing her MA in Educational Theatre at NYU, Laura gave a full-length concert to raise funds for the Studio East Capital Campaign (and to celebrate becoming a Master!)  Here is one of her favorite pieces from that concert.  Special thanks to Andy Carr on keyboard and Dave Guilland on drums!  Thanks to Susan Bardsley for sharing her song, "Where Do I Go From Here?" Videos courtesy of Vision Video & Audio.

Two songs featuring Laura in a BlueStreet Voices concert from 2013 are below. Thanks to Dave Howell for video!  Shout out to Todd Stark, also featured in "Oh, Lady Be Good."

Here is a link to the 2020 video of members of the Seattle Symphony Chorale (including Laura) singing Joe Crnko's arrangement of Silent Night. 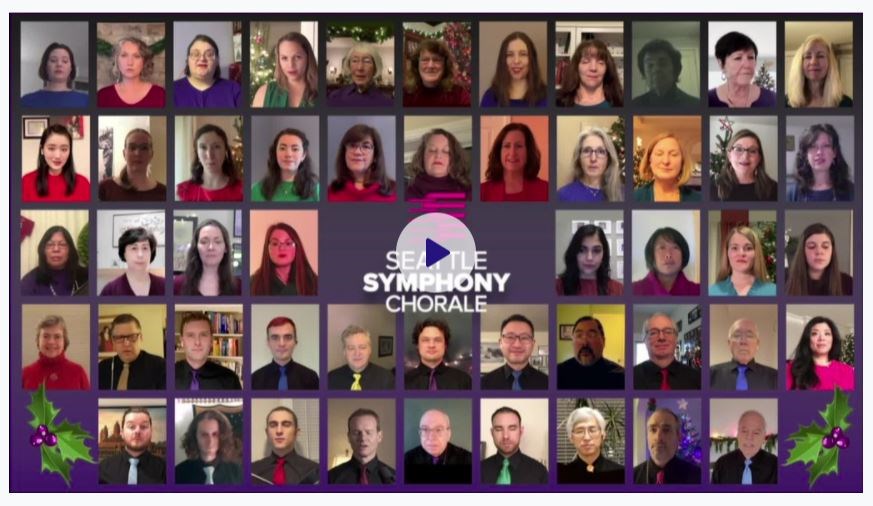